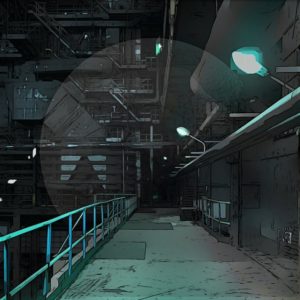 “Kutter Saine pressed his cheek against the hull of the station, and the metal’s coldness numbed his skin. He felt the void outside, the emptiness that stretched from their position lights into immeasurable distance.

The station drifted from its orbit, Kutter was sure of it: something unbalanced it, attracted it like sirens had attracted the seafarers of old. The irregularity was too microscopic even for machines to realize, but it was there–the echo of a sound not yet made, a ripple on the calm surface of space.

Something might be wrong with the machinery, maybe a broken cable or clogged pipe … Kutter wandered along the hallways, from the dormitories to the reactor module, and tried to locate the anomaly. He went down the stairs to the hangar, their lone shuttlecraft suspended over the pond, and found Auxilia tinkering on a sensor lance.“

Published in: Beyond the Infinite: Tales from the Outer Reaches, Things in the Well, August 2018 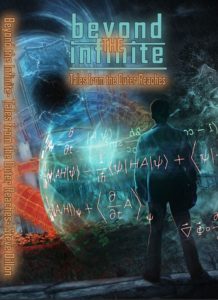