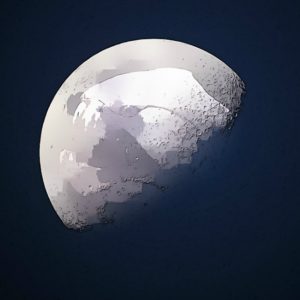 Falb and his brother wandered through the wilderness, surrounded on all sides by the trees of a dark forest. Their steps were noiseless on the soft soil, following a well-trodden path, the only path. Even though these woods were dangerous, the brothers felt no fear, for they had crossed them many times before, and would surely do so again.

It moved through space toward them, superstructures covering the immense hull like fossilized fins, sensor domes protruding like bone spurs. The thing was an endless mass of dark metal and radiant stripes of light, its prow like the closed jaws of some horrific sea creature.

In a Larvosis play, the creature was the one that just did things, that came at the companion in a series of seemingly random attacks, while the darkness always had an intricate plan, a byzantine conspiracy to corrupt and erode the seer’s will. This nightmare architecture, these arcane mechanisms that moved behind the corridor’s facades, only highlighted the Phobosteus’ unreality …